Space Haven
up on Kickstarter! A spaceship colony sim placing you in charge of a ragtag civilian crew in search of a new Earth, designed by and for fans of RimWorld.

Embark on a space voyage with your ragtag crew of civilians in search of a new home. Buildspaceships tile by tile, create optimal gas conditions, manage the needs and moods of their crew, encounter other space-faring groups, and explore the universe in this spaceship colony sim for Windows, Mac, Linux.

Space Haven combines the emergent story telling components of RimWorld with a tile-based gas-simulation system seen in Oxygen Not Included. 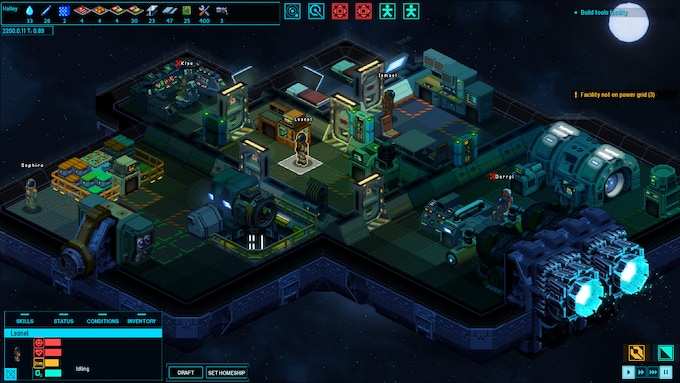 Want to be a pirate and attack and steal from anyone you meet? Maybe you want to be a slave trader and capture crew members from other factions and sell them on the market? You could be a notorious alien hunter, fighting aliens aboard derelict ships and scavenging their meat. Or perhaps you’re the good guy fighting pirates and helping civilians? Space Haven aims to give you the freedom to role play.

A functional spaceship can be built tile-by tile, giving you the opportunity to shape a spaceship of your own desire. It can be symmetric and streamlined, or an asymmetrical whimsical looking thing. It does not have to look like a conventional spaceship depicted in sci-fi literature, you are free to design your own, the choice is yours! 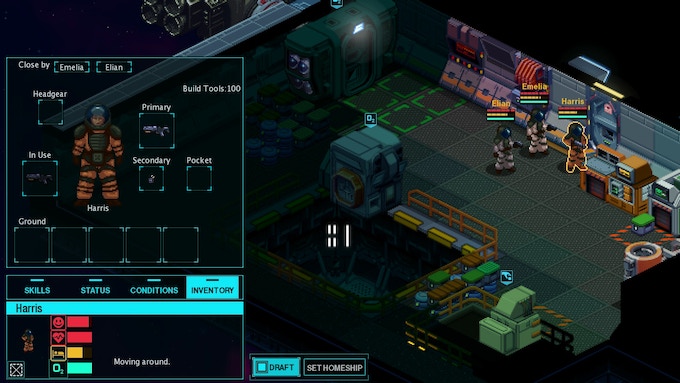 Equip your crew with space suits and weapons and organize away teams to explore derelict ships and stations. Explore and salvage resources and items; find activated cryopods with someone frozen inside. Visit spaceships or stations of other factions and find data logs telling stories of past spacefarers searching for a new home.

Aliens capture your crew members and cocoon them against walls in their base. See them suffer in the alien lair and decide if you want to save them or not. Explore derelict ships and discover someone from the original crew of the ship captured by the aliens. Events like these create interesting back stories to new arrivals to your crew.